Back in Carlisle Today - treat yourself to an early Christmas gift

Long time, no see. I shall be back in Carlisle today (Monday 10th November) for 3 days, and I'm looking forward to seeing loads of my regular visitors again.

My diary is already looking busy, so I'm more than happy.

So chaps, if you're thinking of treating yourself to a very early Christmas gift, look no further - come and unwrap me!

Touring Again - Life Is Too Short.. 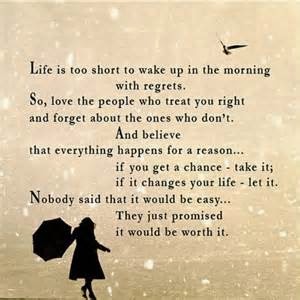 I've been so very busy with my 'Real Life', that I haven't had the chance to tour for quite some time. BUT... due to the numerous requests for me to re-visit, I shall be touring again in November.

After these dates, I am not sure if/when I shall be returning, so please book as early as possible to avoid any possible disappointment.

In the months since my last blog, my life has changed dramatically - for the good, I hasten to add. No, I haven't got married or even have a man in my life, nor have I won the lottery (If I had, I would see very regular clients only, ha ha!) I'm not going to elaborate, but I had finally decided that I didn't wish to grow old regretting the things that could have been done but wasn't brave enough to take the plunge.

This has made me richer - not financially, but most definitely in other ways and I am now surrounded by people who make me happy and valuable. (No, I've not joined some kind of whacky cult either!!)

Recent health hasn't been great, but I am working through it.

I'm Still Around - Don't Fret Yourselves

Yes, I am still here, still working, still available. But of course, you will have noticed that not as often as previously.

If you wish to make an appointment, I really do need as much notice as possible so that I can ensure that I am available for you - you know how much I don't want to let you down.

Apparently, there has been a rumour going around recently that I have had some kind of 'illness', so let me take this opportunity to tell you - from the horses mouth, so to speak - I am not, nor have I been ill in any way shape or form, so whoever 'JF' is - I don't know who you are, I have never met or spoken to you so please - get the facts right first. And if anyone else wants to know anything about me, please feel free to ASK ME.

I shall be touring again soon, dates to be decided upon first. And as promised before - as soon as I know, YOU'LL know.

Anyway, please read my previous blog - interesting! Isn't it amazing how the negative/down sides of things are gladly received and shown, but not for those like us who do what we do gladly, willingly and happily. When will people realise that most sex workers are happy with what they do, are grounded and intelligent people?

Published on the 13 March
2014
17:23
AN EXHIBITION on the harm caused by prostitution is to be exhibited at a major gallery in Glasgow.

The Glasgow Violence Against Women Partnership (GVAWP) and Glasgow Life will launch Unmasked at the Gallery of Modern Art on Saturday.
The exhibition hopes to raise awareness of the impact of prostitution on the lives of vulnerable women by presenting the real-life views and attitudes of men who use prostitutes.

Some of the provocative pieces in the show include ‘Invisible Men’, a presentation of men’s views on prostitutes in a hypothetical, TripAdvisor-style website called PunterNet. Some of these reviews have been re-formatted into prose for the exhibition in another work called ‘Memoirs’.

Councillor James Coleman, Chair of the GVAWP, said: “Prostitution is abuse, often extreme or violent in nature. Prostitution is never a matter of choice, nor is it a human right as some campaigners argue. No reasonable person wants the right to be sexually exploited, abused, demeaned, disadvantaged, socially-excluded and marginalised. Prostitution ruins lives, and it is far more serious and harmful an issue than many people may realise.

“The vast, but often silent, majority of women in prostitution are there through utter desperation, poverty and a lack of positive, alternative lifestyle choices. Many will exhibit ‘survival behaviour’ – by resorting to drug use or other criminal activities, for example – just to help them cope with the unbearable way in which they are treated by the men who pay to have sex with them.”

Two anonymous female artists are also contributing work to the exhibition, which runs until 23 March.

One artist, commenting on the purpose behind PunterNet, said: “I want viewers to feel compelled to go on to read through PunterNet, and sites like it, to develop an awareness of what men expect from, and do to, women in prostitution – and to get a sense of how many men are actually involved. I want them to look up the casual abbreviations that litter their reviews, such as owo, cim, ro, gfe, pse and ee, and find out what they consider a ‘good service’ to be or what ‘poor service’ means; what they feel contempt for – or ‘ripped off’ by – and how they interpret the women’s responses. This is what demand really looks like.”

The Prostitution (Public Places) (Scotland) Act, introduced in 2007, criminalised men who seek to buy sex in public places, but Councillor Coleman says that more needs to be done.

He said: “Unmasked makes a strong, evidence-based argument as to the identity of the actual perpetrators of the sex industry, and reaffirms the need for men who use prostitutes to be recognised as anti-social, harmful and diminishing the quality of life of the city.” Sex workers have overturned Canada's anti-prostitution laws six years after they were blamed for the murders of several prostitutes by a serial-killing pig farmer.

Laws against keeping a brothel, making a living from prostitution, and street soliciting were all overturned by the country's highest court.

Parliament now has a year to respond with new legislation.

The court found that Canada's prostitution laws "violated the guarantee to life, liberty and security of the person".

"The law (...) punishes everyone who lives on the avails of prostitution without distinguishing between those who exploit prostitutes and those who could increase the safety and security of prostitutes, for example, legitimate drivers, managers, or bodyguards," the ruling said.

Other countries around the world, particularly in Europe, are having similar debates.

Earlier this month, France's lower house of parliament passed a bill that would decriminalise prostitutes and fine their customers.

Sex-trade workers in Canada stepped up their fight for safer working conditions following the serial killings of prostitutes by Robert Pickton in British Columbia.

He was convicted in 2007 of killing six women whose remains were found on his farm outside Vancouver. It is alleged he fed the bodies to his pigs.

Pickton's victims were drug addicts and prostitutes in a poor district of Vancouver, on Canada's Pacific coast.

Years earlier, authorities had closed down a Vancouver house for sex workers that many had considered a safe haven.

The brothel was closed as several prostitutes started to disappear - raising fears that a serial killer was prowling the streets.

"I am shocked and amazed that sex work and the sex work laws that affect our lives on a daily basis will within a year not cause us harm anymore," said Amy Lebovitch, who brought the case along with Terri-Jean Bedford and Valerie Scott.

Justice Minister Peter MacKay said the government was "concerned" by the decision.

He said ministers were "exploring all possible options to ensure the criminal law continues to address the significant harms that flow from prostitution to communities, those engaged in prostitution, and vulnerable persons."

Happy Christmas to One and All...

Only 5 days to go until it's all over for another year - thank goodness! 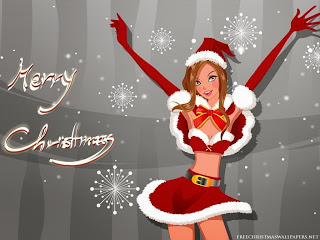 There's always so much hype, even starting as far back as July with shops setting up their Christmas window displays, that by the time December finally arrives we're all sick of it.

This year I had decided that I would make my own Christmas gifts to give to those I love and care about. Everything has been made with care and love and is specific to each person as well as being unique. With the money that I saved from buying from the High Street shops, I am able to give everyone more - so win win all round :D

I have been very very busy this year with my new venture, and as each part is completed it has brought me even more work in this particular field. As I've stated before though, I shall still be 'Susan Glasgow' for the foreseeable future, although my availability is lessened. So please make sure that you can give as much notice as possible to arrange a visit as it's now virtually impossible for me to be able to give you a same day booking.

I shall be available for SOME meetings over Christmas and New Year, but obviously NOT on Christmas Day or New Years Eve, but I DO need plenty of notice.

Where has this year gone though? 2013 has been a great year for me all in all with quite a few positive life-changing things and events that have happened for both myself and my family, and here's hoping that such positiveness continues throughout 2014 too.

For those of you that have continued to visit me, as well as my regulars who have given me such fantastic support throughout the past year, I send my warmest and most heartfelt thanks and love.

TOURING: I shall be back on the tour trail in 2014, but I have yet to decide when and where. Be assured though that as soon as I have made the decisions, I shall let you know by way of a blog on here, Adultwork or when you call me.

So, as the chances are that I might not update here again until January, I'd like to wish EVERYONE reading this a fantastic Christmas and a very prosperous New Year.

Belfast and Birthday - It's Been A While...

Yes, you read it correctly. I'm coming back to Belfast (although, by the time you read this I shall
already be there!!)

Monday 30th September through to, and including, Wednesday 2nd October. 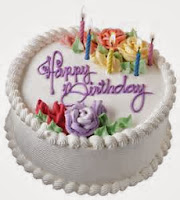 Appointments available from about 11am until late (except Monday when they'll be from about 3pm). As always, I cannot guarantee same day bookings, so please try to give as much notice as possible.

In other news - it was my birthday yesterday - I'm 39 1/2 again, and so it shall remain! As the saying goes - age is just a number. It is my outer self that ages, my inner core shall forever remain 23.

A lot has happened since my last birthday, and for the most part I shall not, or can not tell you what changes there have been in my private life, but suffice it to say that it has all been for the good. I have met some really great people who share my love of something, and they and 'it' have/has really started to turn my life around.

NOT that my life over the past 5-6 years has been all that bad, but now I have finally set foot on the path that I want my life to take - and I am HAPPY!!

And before anyone asks or assumes - NO, it's nothing to do with finding a man to 'share' my life with, ha ha ha...!!

Links to Other Sites of Interest & Relevance